The next meeting of the Historic Commission will be on September 6, 2022. 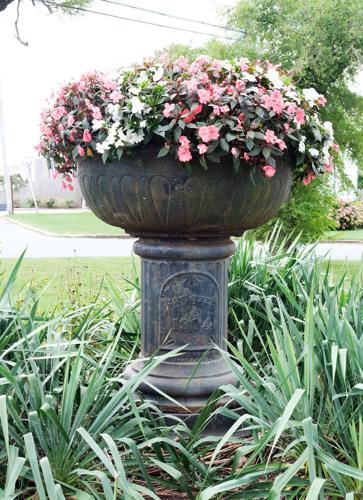 Falmouth Heights homeowners—whose properties could become incorporated into a new historic district—expressed cautious interest at a public forum on the topic this week.

Seven people showed up at the Falmouth Public Library for a presentation on the proposed Crown Circle Historic District on Wednesday, August 3. It was the second such forum sponsored by the Falmouth Historical Commission. (ed. Watch the meeting on FCTV)

“We are not trying to turn the town into a museum. It is a dynamic, changing place,” A. Edward Haddad, chairman of the historical commission, said in his opening remarks. “Creating a historic district is about managing the change, so you don’t lose the character of the neighborhood.”

Mr. Haddad said in a telephone interview after the meeting that he had suggested the designation after touring the neighborhood last year.

“The minute you go into the Crown Circle neighborhood, you realize it’s a different place,” he said. “It is not exactly original, but [the houses are] reminiscent of the late 1800s to early 1900s.”

It is unusual to find so many structures in one area that harken back to the turn of the century, Mr. Haddad said.

The other members of the commission subsequently toured the area and agreed that a historic district designation would help the homeowners maintain that character, he said.

“The residents obviously love their neighborhood and want to preserve it. They can use it [historic district designation] as a tool to make that happen,” Mr. Haddad said.

The homeowners, however, expressed concern that instead of gaining control, they would lose it.

Mary E. Driscoll, whose her family has owned a house on Deacons Avenue for more than 100 years, said she would not like to see overly strict standards imposed on homeowners.

“The external control process is squishy,” she added. “I would have to know a lot more detail.”

“We’ve rebuilt and preserved without outside influence,” Mr. Farley said.

Mr. Haddad reiterated that the historic district designation would not dictate that only certain materials or styles could be used, but it would mean that additions to existing buildings and new structures would be subject to design review by the commission.

“It’s all about preserving neighborhood character,” he said.

Ultimately, the residents will decide whether they want the designation, the chairman said. More discussions will be held in the coming months to determine the will of a majority of homeowners.

At its first public forum in June, the historical commission explained the suggested name and the boundaries of the would-be district.

Crown Circle is the name the commission uses for the area of Falmouth Heights encompassing everything south of Grand Avenue and Deacons Avenue, and west of Chapel Park Avenue and Gertrude Avenue.

The name was derived from the heart of the area, Crown Avenue, but residents can choose to change it.

Mr. Haddad said buildings older than 1950 are considered historic in Falmouth and by that standard, 75 of the 92 homes in the Crown Circle area are historic-based, with more than a dozen dating back to the 1800s.

The commission works with applicants regularly, he said, to ensure that all applications end in a positive resolution for both parties. The guidelines continue to evolve, he said, and the commission follows them in an effort for transparency and fairness.

If a consensus of residents, this time around, decides in favor of the district, it will be only the first step in a long process.

The matter would then go to the select board for approval and funding to create an application prepared by a historical consultant.

The application would be a thorough documentation of individual houses and their historical and architectural significance and overall justify why Crown Circle should be a historic district. Then the Massachusetts Historic Commission, as well as Town Meeting, must ultimately approve the application.

Mr. Haddad encourages residents with questions to reach out to the historical commission at fhc@falmouthma.gov.