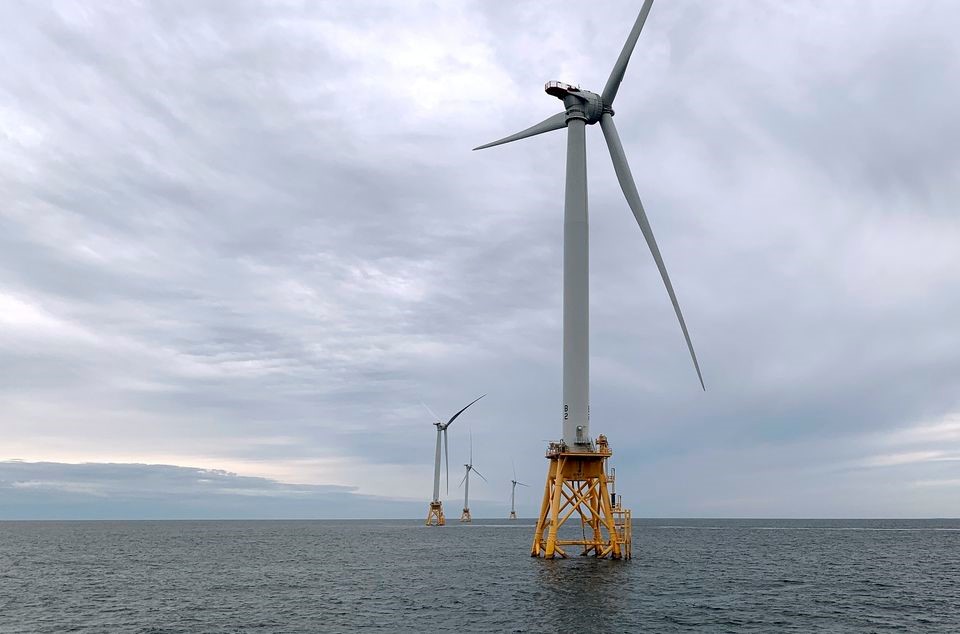 Massachusetts lawmakers are mulling a plan to reduce the influence of utility companies in determining winning bids for offshore wind farms, such as this one off Block Island. RODRIQUE NGOWI/ASSOCIATED PRESS

The state’s two major electric utilities wield considerable power by choosing the wind farm projects that can be built off the coast of Massachusetts. Maybe not for much longer.

When state-sanctioned clean energy contracts go out to bid, Eversource and National Grid (along with Unitil) get to pick the winners. It’s a power that has prompted conflict-of-interest questions since before the Legislature passed the original law allowing it six years ago. Both of the big utilities have arms that invest in offshore wind projects, meaning they might end up with affiliates across the table bidding on these contracts. Even with internal firewalls, critics worry the utilities could still steer the process for their benefit.

This issue came to a head in the third and latest round of wind farm contracts. Eversource’s Bay State Wind venture with Danish energy company Ørsted didn’t even compete this time. But a new report from an independent evaluator, consulting firm Peregrine Energy Group, claims Eversource may have interfered to benefit its own offshore investment by unsuccessfully trying to knock another venture, Mayflower Wind, out of the bidding.

In the end, Mayflower Wind chief executive Michael Brown says he’s happy with the results: In December, his project won contracts for 400 megawatts — enough energy for 200,000-plus homes — while Avangrid’s Commonwealth Wind landed 1,200 megawatts. But the whole brouhaha could help push state lawmakers to take the decision-making authority away from the utilities and hand it to a third party, such as the state Department of Energy Resources.

That’s how these prizes are awarded in New York and Connecticut. Why not here in Massachusetts? Peregrine essentially poses this very question in its latest report.

The report cites one point of conflict, where these power lines would come ashore, by noting that Bay State Wind would bring its power to the mainland at Brayton Point in Somerset. When it secured roughly 800 megawatts in round two, Mayflower initially planned to build a power line through a dense residential area in Falmouth. During round three, though, Mayflower decided it would make landfall at Brayton Point for all of its 1,200 megawatts instead of Cape Cod, citing the need for upgrades to the Cape’s electric grid. The Falmouth site, which Mayflower continues to pursue for future use, also faces fierce opposition from residents of the seaside Falmouth Heights neighborhood.

Peregrine says Eversource’s project could be affected by the shift to Brayton Point. There’s only so much electricity that can flow through one location. 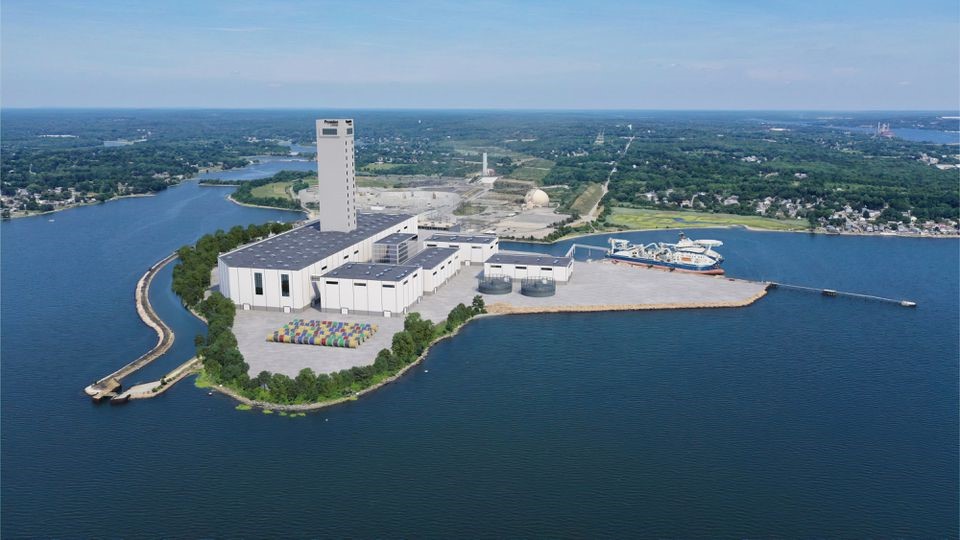 A rendering of a new cable manufacturing facility at Brayton Point being developed by Avangrid Inc. and Prysmian Group.AVANGRID

Peregrine was particularly troubled by a memo that Eversource’s law firm, Keegan Werlin, circulated less than two weeks before the winners were to be picked. Eversource lawyers, in that memo, argued Mayflower’s bids were improper and should be rejected because they relied on modifying previously-approved contracts. Peregrine saw fresh evidence that Eversource might be trying to tip the scales for its own interests.

Keegan Werlin attorney Danielle Winter, representing Eversource, promptly issued an unusually strong rebuttal that called Peregrine’s insinuation a pile of BS — or, to use the appropriate legal terms, “disparaging, baseless, and gratuitous.” Eversource’s main motivation for flagging the Mayflower switcheroo, she wrote, was to avoid the unfair creation of two classes of bidders: those that could use previously won contracts to bolster their latest bids, and those that have not won any Massachusetts contracts yet. (Bay State Wind falls into the latter category.)

On the broader issue of changing the bidding process, an Eversource spokeswoman says that’s not necessary. She notes that the utility reps already work with state energy officials and the independent evaluator to pick winning bids, and the input from the utilities is critical because of the industry expertise they have that the others lack. Other points from Eversource: All three rounds of wind bids have resulted in fair contracts, and power prices tend to be higher in states where the utilities don’t have the final say. (Unmentioned in Peregrine’s report: Eversource’s recent decision to cash in on the offshore wind frenzy by shopping around its stake in Bay State Wind and other offshore wind investments.)

Such statements aren’t likely to persuade those who want the utilities to be stripped of their power. Among those is Maura Healey, the front-runner in this year’s governor’s race. As state attorney general, her office represents consumers in these proceedings. A spokeswoman for Healey said the Peregrine report “confirms our long-held view that the utilities should not be evaluating or selecting our clean energy contracts.”

Dan Dolan, head of the New England Power Generators Association and a frequent critic of the current system, says the Peregrine evaluation reminds him of when Eversource’s Northern Pass transmission line was picked to bring hydropower to Massachusetts from Canada in 2018. New Hampshire regulators then rejected Northern Pass, prompting the Massachusetts selection committee to turn to a backup, through Maine — which that state’s voters rejected last fall.

Peregrine’s findings will almost certainly come up on Beacon Hill, where legislative leaders are hammering out a new climate bill this month. The House and Senate have their own ideas: The Senate would move the decision-making power to the state energy resources office, much like a proposal from Governor Charlie Baker, while the House would create a new selection committee consisting of members picked by various state officials.

Senator Mike Barrett, one of the two main negotiators in these climate talks, said he’s concerned that the state has been moving further from a key goal of a 1997 deregulation law: to prompt competition by getting utilities out of the generation business. Barrett understands there are firewalls to prevent an undue influence on bid selection, but it’s better to avoid even the appearance of a conflict.
What about Michael Brown, the Mayflower executive whose bid was supposedly at risk? Yes, Brown’s satisfied with the end results — he did win a piece of the action, after all. But he says state officials should be in the driver’s seat: They’re in a much better position than the utilities to weigh the broader public policy impacts of these contracts, such as manufacturing jobs and other economic benefits. He’d rather see the roles reversed, with state officials driving the decision and the utilities acting in an advisory capacity.

With the release of the Peregrine report, the odds just got better that Brown will get his wish.